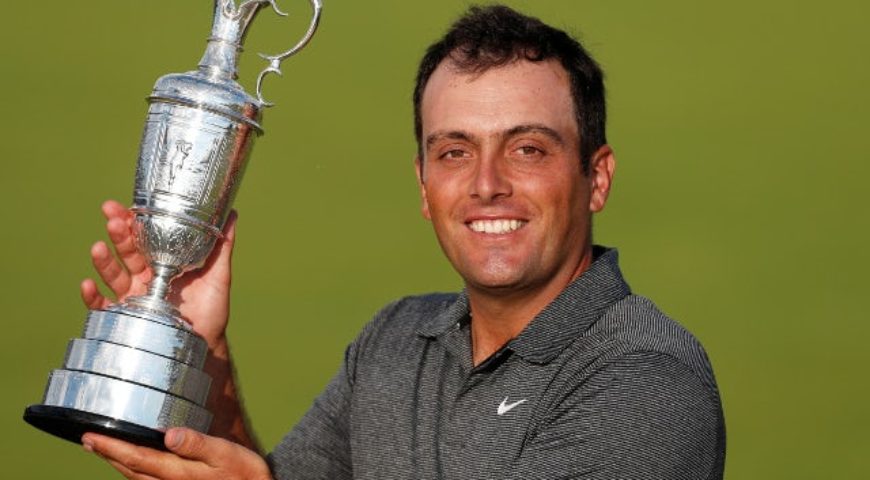 Francesco Molinari has become the first Italian to win a Major by holding off a number of star names to win The Open.
The 35-year-old produced a faultless final round, hitting a two-under 69 with 16 pars and two birdies at Carnoustie.

Molinari finished two ahead of four players, including home favourites Justin Rose and Rory McIlroy, who were tied on six-under. Tiger Woods, making his first appearance at the Open since 2015, finished five-under after leading midway through the round, with Jordan Spieth on four-under.

Xander Schauffele was the only man within reach of Molinari heading down the 18th green, but having bogeyed 17, the American needed an eagle to tie, and could only manage a par.

The previous best result by an Italian at one of golf’s four Major tournaments came courtesy of Costantino Rocca, who finished second at The Open in 1995.