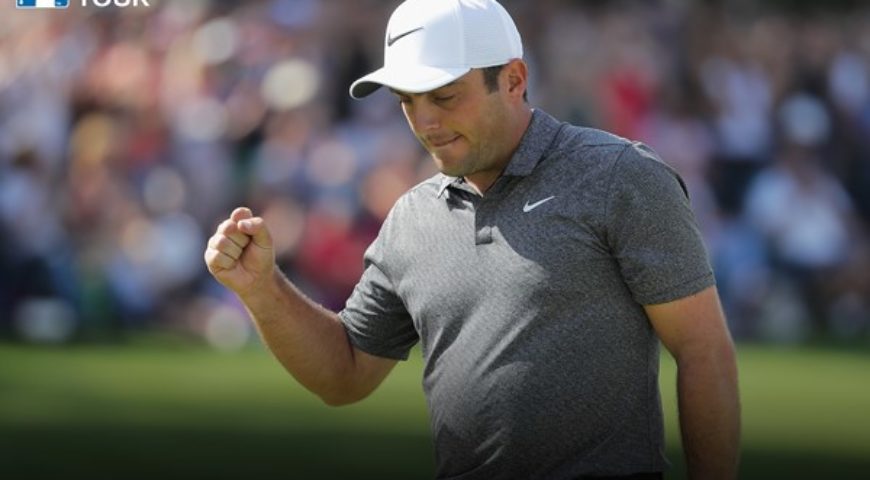 Francesco Molinari has added yet another trophy to his collection from 2018 by picking up the BBC Sport Personality of the Year World Sport Star award.

Formerly known as the Overseas Sports Personality of the Year, it is voted for by fans and given to the best sportsman or woman outside of the UK in 2018.

The 36 year old enjoyed a career season across the globe, triumphing at the BMW PGA Championship in May, the Quicken Loans National in the USA and The Open Championship, where he became the first Italian to win a Major at Carnoustie.

After leading the European team to success at The Ryder Cup with a perfect five points from five matches, Molinari returned to competition on the European Tour at the season-ending DP World Tour Championship, Dubai, where he won the Race to Dubai title for the first time.

“It is amazing to win,” said Molinari. “It is very special for me as I have lived in this country for ten years and British sport is something I have started to closely follow throughout the years.

“It is incredible to be here, and I am very proud that so many people voted for me, and it is very special to receive that recognition after a fantastic year – it is something I will think of for a long time.”