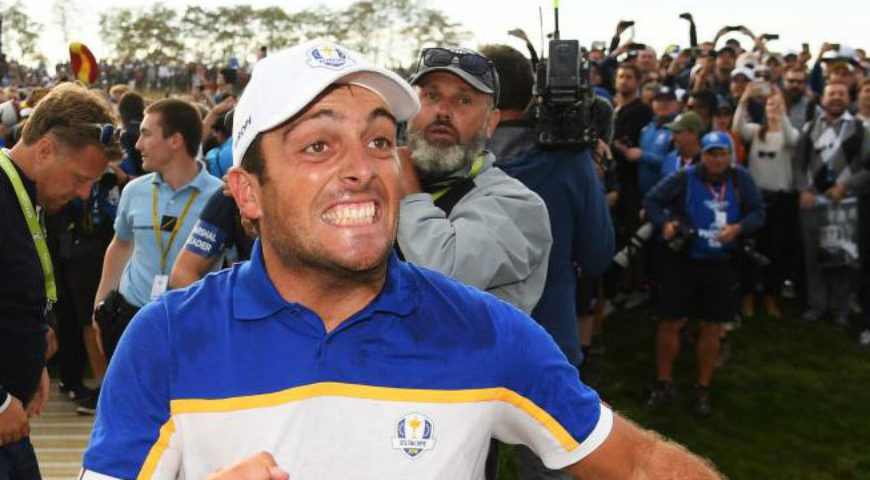 On a thrilling final day, the Italian completed a perfect haul of five points with a 4 and 2 victory over Phil Mickeslon after the United States had threatened a stunning comeback.

The US won three of the top five singles matches on Sunday to close the gap on Europe to just one point, but rookies Thorbjørn Olesen and Jon Rahm claimed the notable scalps of Jordan Spieth and Tiger Woods as the tide began to turn blue again.

It was then left to the experienced quartet of Molinari, Ian Poulter, Sergio Garcia and Henrik Stenson to complete the win with victory in their respective matches, before Alex Noren beat Bryson DeChambeau on the last to give the score a healthy gloss.